In light of the recent evacuations and tragedies we have all been affected by, we at the Thoroughbred Classic Horse Show and CARMA feel an update on our show this past weekend was appropriate.

When the Creek Fire took out several horse facilities in Lakeview Terrace and surrounding areas, the horses were evacuated to Los Angeles Equestrian Center (LAEC), where our show was to be held. We were in contact with the General Manager of the facility to determine the feasibility of continuing with the show. He was confident we could still put on the show and not disrupt any of the evacuees. We decided to erect some additional stalls and used portables that were stored at LAEC, so there would be no chance of us taking stalls from evacuees. As it turned out, by Friday, when our exhibitors were moving in, many of the evacuees were headed home, so there was plenty of room.

By then, the Lilac fire had devastated San Luis Rey Downs and we all felt the pain of the loss, and decided to make the show an opportunity to collect donations and network with other horse people for the relief fund. We decided also, to cancel the Calcutta, as it just did not feel right to have a party, in addition to our teams being unable to attend. We were able to cancel the food and bar. We sent out tweets, Facebook posts and a notice on the websites about the Calcutta. Our apologies to anyone that did not get the message, there was no time for any more than we were able to do and social media was handling a multitude of posts from the fires so it was easy to miss.

We held the 2-day show with about 60 horses, and it went very well. Everyone was asking how to help the fire victims and we established donation and collection centers at the show, as well as networking with many trainers and exhibitors with online fund-raising efforts. The good will generated was enormous and the generosity was overwhelming. It would have been a major hardship on many exhibitors coming from out of town/state to cancel the show with no notice.

All of us have been affected greatly by our own losses as well as the racing and equestrian industries as a whole. We are very proud to be part of this community that has done so much already for the benefit of those that lost the most. We will continue to collect donations through CARMA and see that they get to those in need. 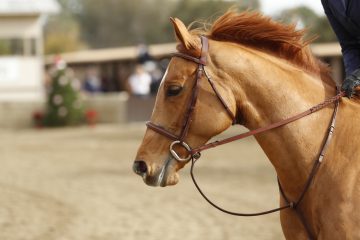